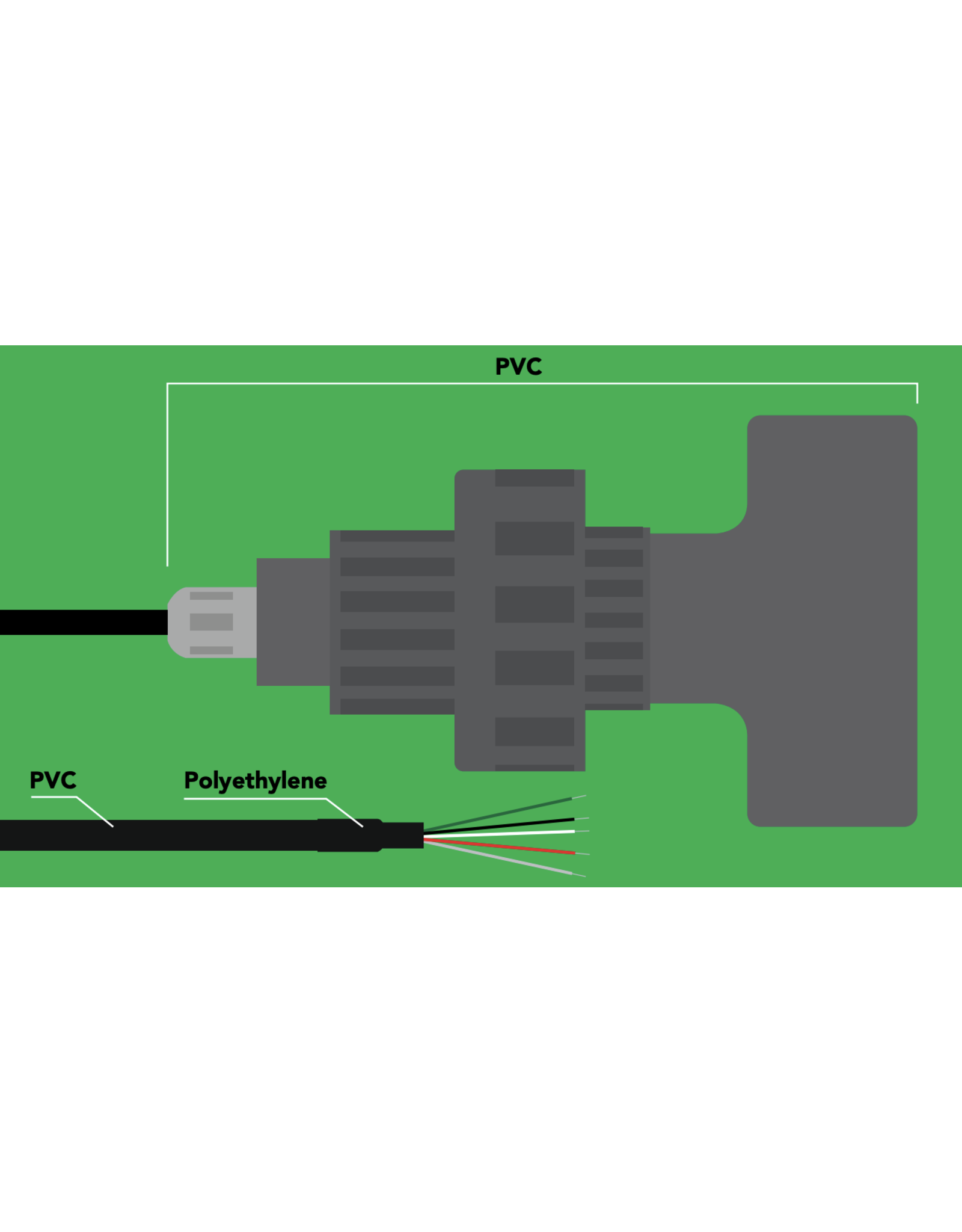 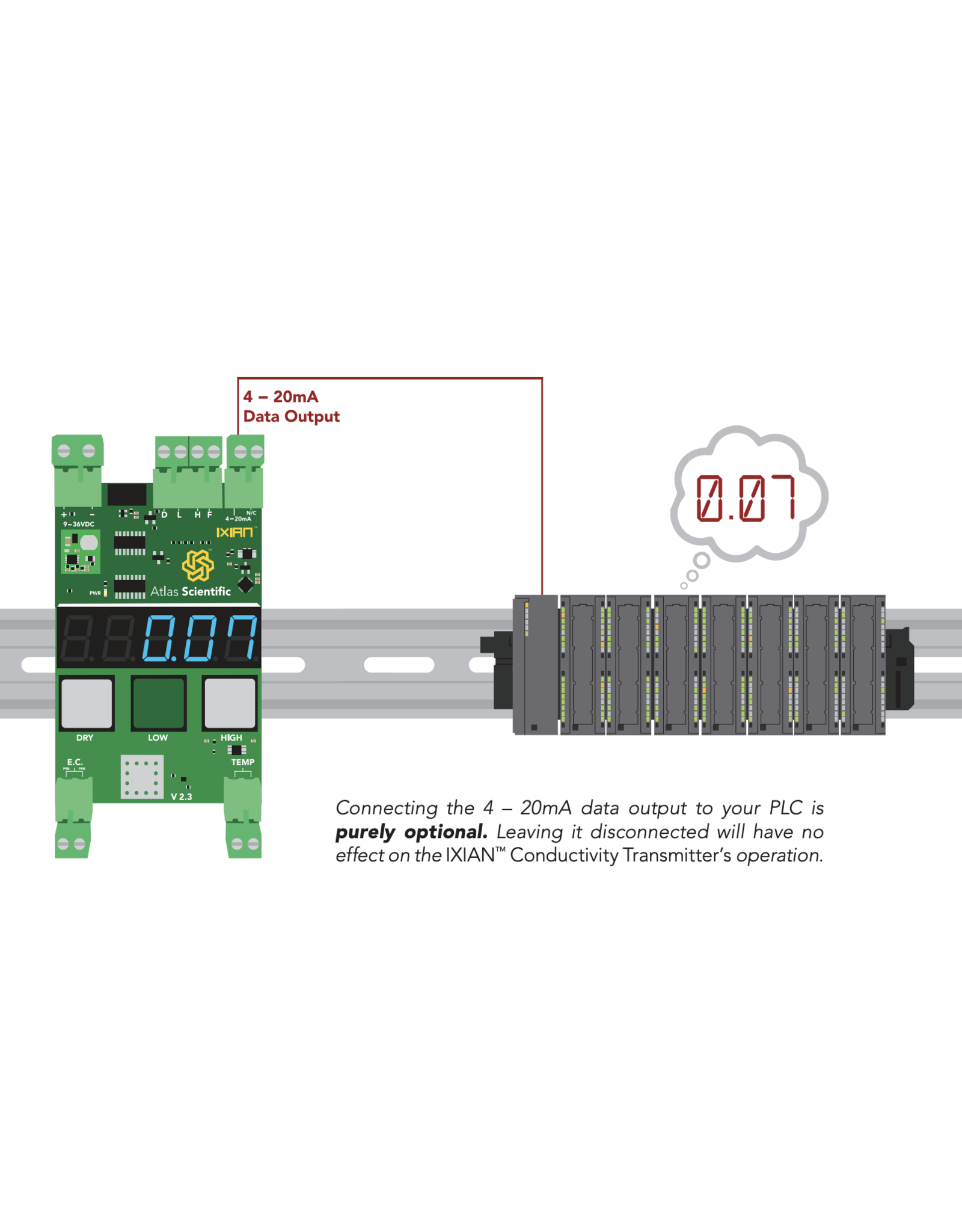 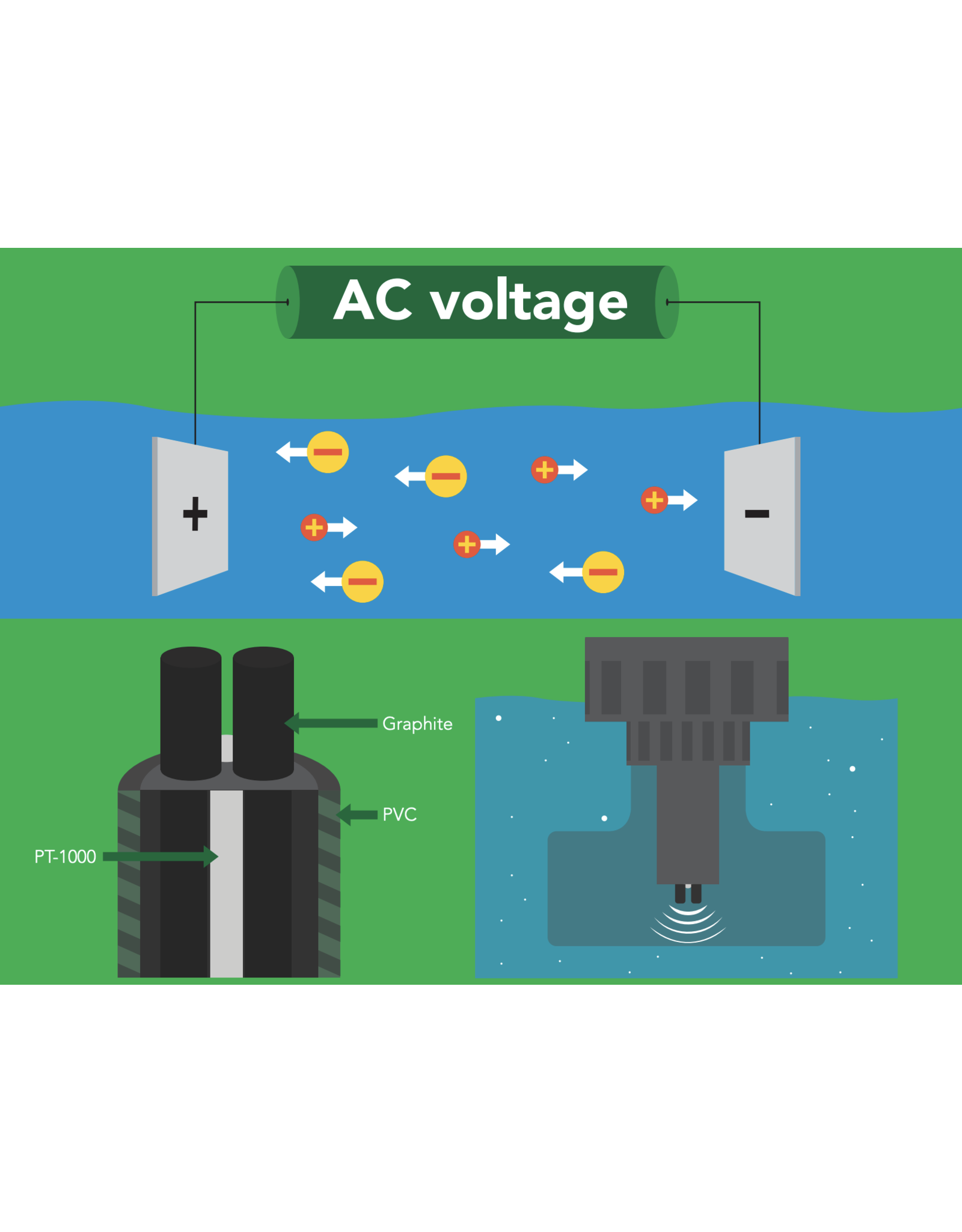 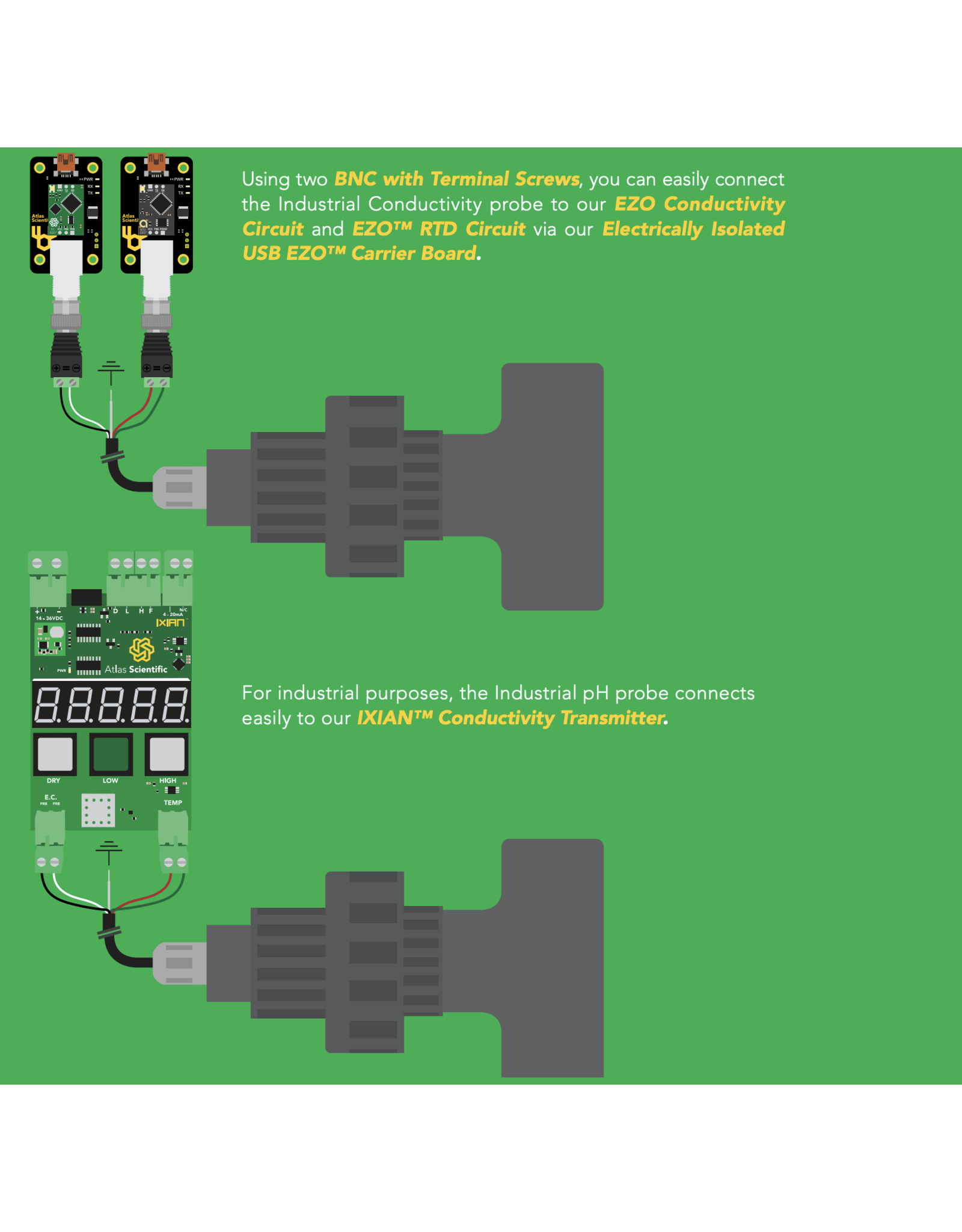 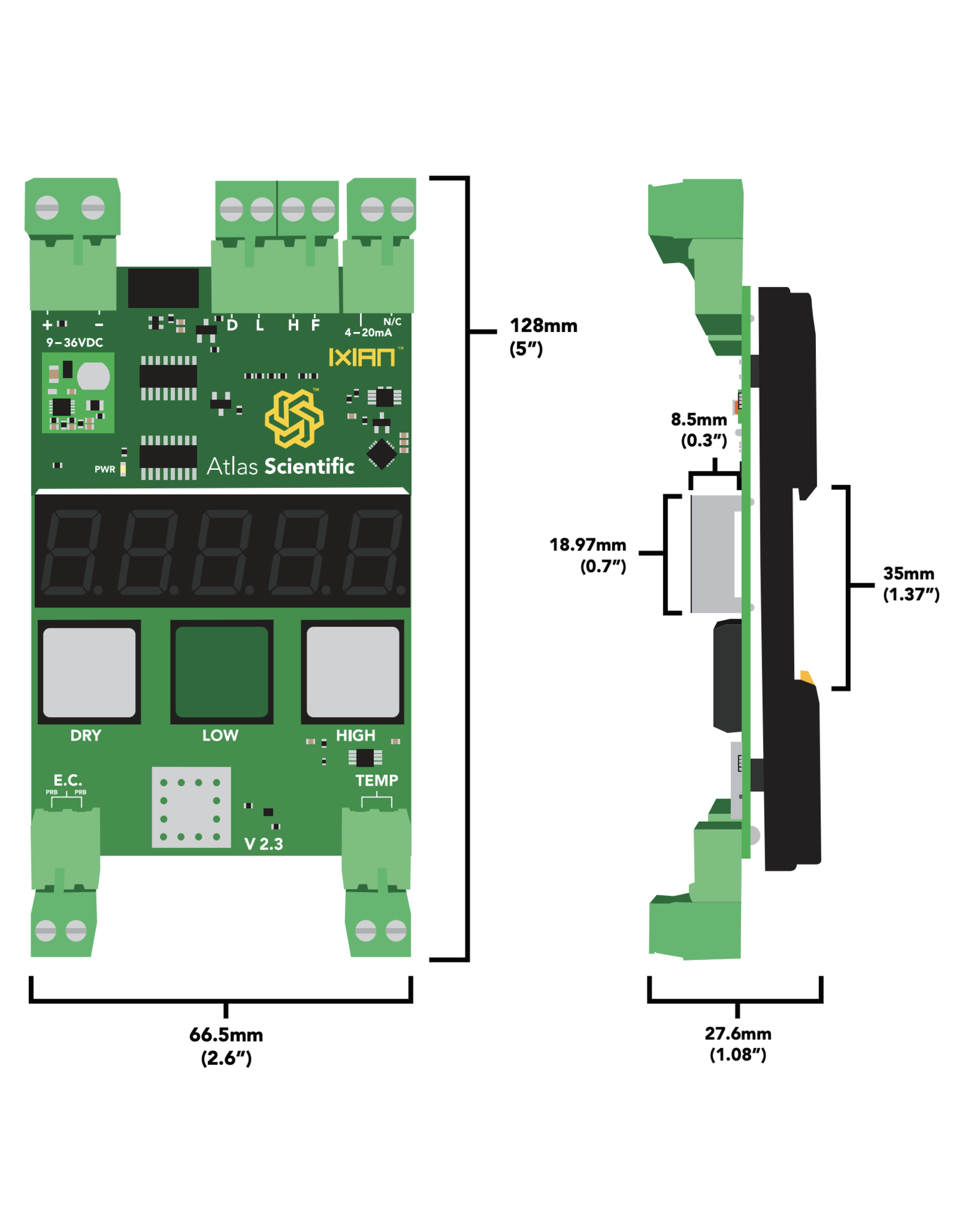 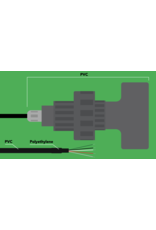 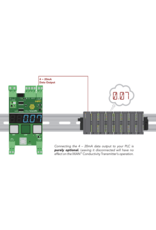 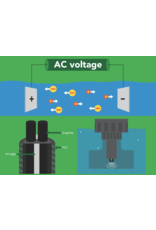 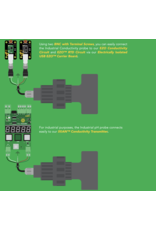 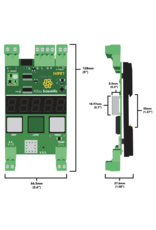 The Atlas Scientific industrial conductive probe is designed for inline conductivity measurements. From industrial chemical processing to swimming pool monitoring, this probe can be used for just about anything. The 3/4″ female NPT threading and integrated PT-1000 temperature probe makes for simple installation and operation.

Because conductivity probes don’t have any electrolyte that gets depleted, they only need to be calibrated during installation.